The Benefits of Headstone Renovation In West Kirby 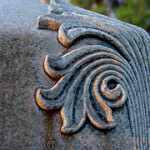 Do you require a company that specialises in headstone renovation in West Kirby?A headstone is primarily used as a memorial to a deceased friend or family member. They can be found in graveyards and cemeteries throughout the United Kingdom. The headstone can be made from a number of different materials such as stone, granite and bronze and are typically engraved with details relating to the deceased such as full name, date of birth, date of death and personal information or messages. They are used to provide a lasting tribute to the deceased and become a focal point for remembrance. As headstones are such a long standing memorial, they require regular maintenance to sustain their appearance. Headstones are under constant attack from the elements which can cause various problems depending on the material used to create them.

In West Kirby, headstone renovation is very useful if the current stone is suffering from damage. Headstones that have been made from traditional materials can suffer structural problems which may cause the headstone to crack in places. In addition to this, engraving can also be affected which will make the information difficult to read. Other materials can become faded due to constant exposure to the elements such as sunlight. A memorial such as a headstone should always be in good condition. Many people choose to replace a headstone which can be expensive. However, there is another option. Why not consider having a headstone renovated? Masons that specialise in the production and renovation of headstones have the ability to restore a headstone to its original quality. This can be a much more cost effective way of improving the appearance of an existing headstone.

Headstone renovation in West Kirby is suitable for all styles and designs. Headstones come in many different shapes and designs. Some of the most common types of headstone include flat, upright, slant marker, bevel marker, ledger marker and obelisk. Each design is affected by the elements in different ways so require subtle changes to the restoration process. Contact Birkenhead Monumental for all of your headstone enquiries.